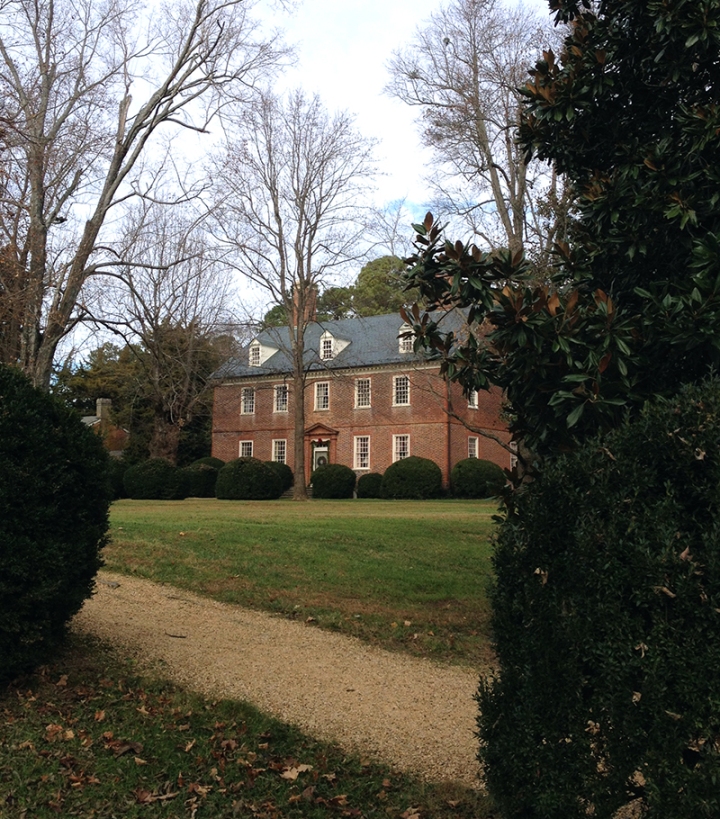 Who hosted the first Thanksgiving? Was it Plymouth Plantation in Plymouth, Massachusetts as we were always told in school? Or was it Berkeley Hundred (Berkeley Plantation) along the James River in Virginia?

If you go for the “that’s what we were always taught” line of thinking, the first Thanksgiving was celebrated by Pilgrims in Massachusetts in 1621.

If you choose to believe the claim by Berkeley Plantation (as we Virginians believe and the late Dr. Lyon G. Tyler believed), December 4, 1619 was the first Thanksgiving, and it wasn’t a feast with Native Americans.

According to historians and as any person versed in various religions knows, thanksgiving is an act of gratitude or prayer focused on giving thanks to God, not a meal.

Prior to their arrival, Captain Woodlief and his 30-something-man crew were given a list by the London Company of things to do upon landing. The first was to offer a prayer of thanksgiving for safe voyage. As instructed and as is recorded in The Smyth of Nibley Papers, 1613-1674, Captain Woodlief prayed with his men:

“We ordaine that this day of our ships arrival, at the place assigned for plantacon, in the land of Virginia, shall be yearly and perpetually kept holy as a day of Thanksgiving to Almighty God.”

Note that this prayer of thanksgiving was offered one year and 17 days prior to the Pilgrims landing in Massachusetts and nearly two years prior to their harvest festival with Native Americans. Therefore, the first official Thanksgiving occurred in Virginia, not Massachusetts.

2019 marks the 400th anniversary of the first Thanksgiving and the Virginia Thanksgiving Festival was held November 3. The festival is held annually the first Sunday of November and typically features a re-enactment of the landing, Chickahominy Tribal Dancers, fife and drum, horse-drawn carriages, colonial period games, delicious food (Virginia ham biscuits, anyone?), relevant vendors and demonstrators, and a silent auction. Tours of the Berkeley Plantation Manor House are also available.

To recap, the first Thanksgiving was a prayer of Thanksgiving, as was tradition for the Anglican men. They may have eaten ham and oysters (not turkey), but most likely, they fasted.

Perhaps we can give a nod to Massachusetts for the first organized Thanksgiving meal, but let’s hold on to Andrew Lawler’s reference to Berkeley and Virginia in his 2018 National Geographic article: “the first recorded English Thanksgiving in the New World.”

For additional reading about the great Thanksgiving debate, consider the following:

And while we’re at it, Abraham Lincoln was not the first president to consider a Thanksgiving holiday; he was simply the first to work toward making it permanent. George Washington proclaimed November 26, 1789 a National Day of Thanksgiving 74 years before Abraham Lincoln suggested such in the midst of the Civil War.

“Whereas it is the duty of all nations to acknowledge the Providence for Almighty God, to obey his will, to be grateful to his benefits, and humbly to implore his protection and favor: And whereas both Houses of Congress have, by their joint committee, requested me ‘to recommend to the People of the United States, a Day of public Thanksgiving and Prayer, to be observed by acknowledging with grateful hearts the many and signal favors of Almighty God, especially by affording them an opportunity peaceably to establish a form of government for their safety and happiness.’ Now therefore, I do recommend and affirm Thursday the twenty-sixth day of November next, to be devoted by the people of these States, to the service of that great and glorious Being, who is the beneficent Author of all the good that was, that is, or that will be: That we may then all united in rendering unto him our sincere and humble thanks for his kind care and protection of the people of this country previous to their becoming a nation; -for the signal and manifold mercies, and the favorable interpositions of his providence in the course and conclusion of the late war; -for the great degree of tranquility, union and plenty, which we have since enjoyed; for the peaceable and rational manner in which we have been enabled to establish Constitutions of Government for our safety and happiness, and particularly the national one now lately instituted; for the civil and religious Liberty with which we are blessed, and the means we have of acquiring and diffusing useful knowledge; -and in general, for all the great and various favors which he hath been pleased to confer upon us.

And also, That we may then unite in most humbly offering our prayers and supplications to the great Lord and Ruler of Nations, and beseech him to pardon our national and other transgressions; -to enable us all, whether in public or private stations, to perform our several and relative duties properly and punctually; -to render our national government a blessing to all the people, but constantly being a government of wise, just and constitutional laws; discreetly and faithfully executed and obeyed; -to protect and guide all foreigns and nations, (especially such as have shown kindness unto us) and to bless them with good government, peace and concord; -to promote the knowledge and practice of true religion and virtue, and the encrease of science among them and us; -and generally, to grand unto all mankind such a degree of temporal prosperity as he along knows to be best.

GIVEN under my Hand, at the city of New York, the third day of October, in the Year of our Lord one thousand seven hundred and eight-nine.