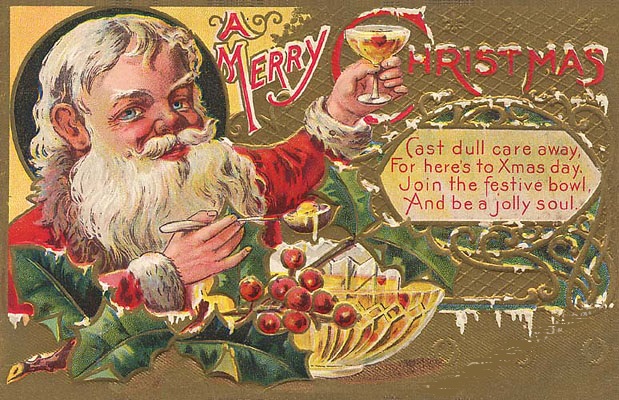 What’s the history of Virginia eggnog? According to the Virginia Egg Council (yes, there is such a thing), it’s believed the English colonists transformed a drink call posset into the drink we know today by adding rum and bourbon. Learn more and see a recipe, if you want.

Speaking of recipes, George Washington had a recipe you might try as well.

Now to prepare for National Eggnog Day on December 24 …

Eggnog with a Designated Driver:

Perhaps Todd Thrasher will hook you up with an Irish Flip at Bar PX in Alexandria. Thrasher’s flip is a take on eggnog. “Flip” is an old term that refers to drinks made with eggs. Recipe

If you go to Bar PX, know that it’s a speakeasy requiring reservations well in advance. That being said, this season brings an anomaly to benefit you. PX will be open Sunday, Monday and Tuesday of Christmas week. Save Your Seat

Homestead Creamery in Wirtz is whipping up eggnog and getting it onto store shelves as quickly as they can this season, but they’re having a hard time keeping up with bottles. If you’ve purchased a quart of their ‘nog this season, please return the bottle to the retailer so it may be refilled for additional sales. You’ll also be refunded $2 per bottle.

Will Artley, reality TV chef and one-time chef of Pizzeria Orso in Falls Church has a fun concoction to try: Eggnog Slushy. The fine folks of Visit Fairfax secured the recipe for you to try at home.

A Note About Eggnog:

Everything in moderation, they say, so do be wary of how stiff your drink may be this season. No one would want to suffer the same demise as Addison Williams. According to the Library of Virginia, Williams had plenty more than his fair share on December 24, 1872 in Bedford County. He was found “dead and frozen” on Christmas morning after overindulging and stumbling from the house the night before.